The Protege Effect: How Teaching Others Makes Us Learn More

Sometime between 4 BC and 65 AD, Seneca, a famous ancient Roman Philosopher, observed that people could retain the knowledge they taught. Fast forward to the year 2022, and this phenomenon seems to ring true, even in remote workplaces.

The concept that Seneca witnessed a couple of thousand years ago is referred to as the protégé effect. Don’t know what it is? Let’s find out!

What Is The Protégé Effect?

Remote workplaces can especially use this phenomenon to help their employees learn from each other and forge strong bonds. It is also a way for them to network with their colleagues.

But how does the protégé effect work in the first place?

Examples Of The Protégé Effect

This study revealed that older siblings might be a little smarter than their younger siblings. It also observed that they had higher IQs, too, simply because they were showing the ropes to their little ones.

This was another example of the protégé effect, in which students from Middle school were asked to engage with Betty’s Brain. An animated AI figure, Betty’s Brain had the ability to learn, question, and make mistakes the same as humans.

The students decided to teach a couple of subjects to Betty’s Brain and ended up improving their own understanding of the material. They were also able to improve their memory and retain the concepts they were teaching.

The study also showed that students make more effort to learn and teach someone else than they do in studying themselves. Learners feel a sense of pride and motivation when someone else’s success is due to their hard work.

The Protégé Effect Strategies To Use For Your Remote Employees

The protégé effect believes that teaching is the best way to learn. So, while the training material you give to your employees might be robust and relevant, it may not be as helpful as you think. This is why you should make sure that they also apply and retain the material from the company handbook.

Here are some excellent protégé effect strategies to make training and workdays fun for your remote employees.

Employees are likely to feel more comfortable in peer-to-peer hangouts rather than in formal presentations from managers. This is because hangouts do not put pressure on employees to perform.

It is also possible to set up collaborative tasks and learning programs for remote employees so that they can form trust-based and genuine connections with each other. They are more likely to engage with colleagues when it comes to learning skills.

The protégé effect is a simple way of boosting peer learning, which is known for contributing to upskilling of employees. A study conducted revealed that 94% of the workforce wanted to stay at a company that would invest in interesting tactics like these and helps them upskill.

While breakout groups are a typical tactic in university classrooms, they serve just as well in virtual workplaces too. Here are some activities that you can have your employees do together:

Assign pairs to your employees and have them talk about a bunch of things. Then, make them give answers related to a particular chapter, video, or subject. The way this method works is that it allows your employees to get to know each other or retain the rules and practices of your company. They can also later apply these skills when working on relevant projects for the organization.

This activity will also activate the protégé effect by having certain employees talk about what they have learned from their partners.

Make small groups among your employees and have each group focus on a certain aspect of your company, such as daily practices, vacation policies, marketing strategies, etc. Then, take one team member from each group and mix them into a different one. Ask the new addition to tell the rest about what they have learned. This helps spread knowledge and allows the speaker to retain whatever they have explained to the rest.

Assigning mentors from the company to employees ensures hands-on learning. Encourage one-on-one lunches, meetings, or projects so that the mentors are able to impart firsthand knowledge to the mentees.

Programs like these can help mentees feel like they fit in and gain valuable insights. Mentors can also benefit from the protégé effect through such programs and teach employees tricks of the trade.

A protégé effect is an effective tool used for teaching everywhere. But it is not used in many workplaces. You could always be one of the first few to implement this with your remote employees and help them train and bond.

It is also a brilliant way to facilitate peer learning and can help break traditional hierarchies. Employees will be encouraged to share, interact, and engage. You never know; the mingling of minds could lead to better overall performance and a robust organizational culture.

While Seneca was not thinking about company culture when he came up with the protégé effect, he was right; teaching helps us learn and create deeper meanings. It also helps foster collaboration and compassion for others.

Maha Iqrar Author
I have been balancing my studies and work for as long as I can remember. But staying outside the house all day limited my ability to do anything else. I did not have enough time to cook or paint or do anything else. Today, I work remotely and enjoy painting, reading, working out, but most of all, travelling to local restaurants, towns, and more! Remote work for the win! 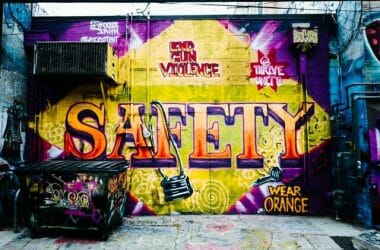 As the world changes, at Think Remote, we know that more and more businesses discover and adopt the… 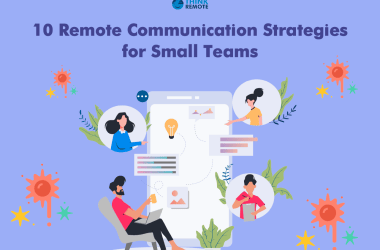 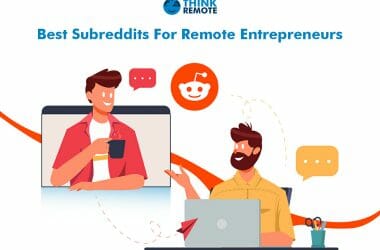