How to Ask for a Promotion When You Work From Home

Working in a remote team is different from office life in many ways. However, some profound questions never change. For example, is asking for a pay raise a bad idea? If not, how do I ask for a promotion working from home?

Generally speaking, asking for a promotion is never a bad idea – if you deserve it. And working from home doesn’t make it harder. It’s a matter of tactics and timing, and finding the right strategies to not sound ridiculous to your manager!

Does Working From Home Affect Promotions?

After the pandemic, data showed an apparent freeze in promotions and pay raises. To understand this trend, the Harvard Business Review surveyed 757 managers and employees worldwide. According to their research, there are a few specific reasons why promotions in remote teams seem to be down:

We all agree that this analysis doesn’t sound promising if you are thinking of asking for a promotion. However, it doesn’t say anywhere that promotions aren’t happening anymore. This survey shows that moving your role is harder, and managers are more careful in spending their money after the pandemic. So, you just need the right strategies to turn your performance review into a promotion.

1. Speak With Your Managers

When you don’t know how and when to ask for a promotion, the first thing to do is to speak with your managers.

Let’s start with the question ‘when should I speak with my manager?’ Here, common sense is your better strategy. For example, when your manager is busy organizing work before an important deadline, that’s not a good time. After that important deadline your team and managers will be less busy with tasks, slowing down the work to get ready for the next project. This is your moment to shine. Your manager will have time for you, and you can arrange a meeting to discuss promotion and responsibilities.

Now, it’s time to think about how you can ask for a promotion. During the call, you can illustrate your motivations and expectations. In conjunction, you can propose a set of goals to achieve to be promoted for the next project. So, you can show your commitment to your managers by giving them a testing time to prove why you deserve a promotion.

2. Work With Your Remote Team

The second strategy is not to make your goal to be promoted too obvious. There is nothing wrong with showing ambition and commitment. On the other hand, there is nothing more annoying than coworkers constantly intervening or volunteering for tasks to get a pay raise. Asking for a promotion is a process that involves your team too. If you work just for your individual reward it’s going to be hard to have your team support when you need it. So, the first thing to do is create collaborative team dynamics to find out where you can do more without losing your coworkers’ trust.

As the Harvard researchers pointed out, most remote managers struggle to promote their team members because they don’t have a clear daily overview of their staff performance. When companies are new to remote and hybrid models, they probably don’t yet have a transparent system to document daily tasks and team achievement. If you think this is the case for your team, the first step is to make visible your daily effort – which is different from bombarding your manager or coworkers any time you complete something. It’s more about making daily reports, including your team’s progress and what you did individually. Sending regular reports is also a great strategy to illustrate your challenges and ask for feedback to improve your performance.

4. Contribute And Ask For More Responsibilities

When discussing with your team, don’t be afraid to share your opinions, ideas, and doubts. Of course, it’s never a good idea to speak just to say something. However, you can’t expect anyone to notice you if you don’t take the risk. If you are at the stage of asking for a promotion, should you know your team and superior by now. So, you should be able to guess when is the right time to contribute or even disagree on workload or deadlines. If you are honest about sharing what you think, that will build trust with your managers and team members. As such, you can ask for more responsibility when you feel that your ideas could work better for the project. Show you are proactive and aware of others’ contributions.

5. Keep Track Of Your Achievements

The fact that you don’t want to make your ‘promotion goals’ too obvious doesn’t mean ever make your effort visible. It’s great to write daily reports including your team achievement first, but don’t forget to keep track of what you did. Make an ongoing list with everything you achieved, courses you took, and new procedures you introduced. And when the time comes, you can include this list among the reasons you deserve a promotion, and show you are the ideal person to take over new responsibilities and duties.

6. Network With Other Departments And Stakeholders

Last but not least, make sure to create a network with other departments and stakeholders. If you work for a hybrid company, you can use your days in the office to socialize and build connections with other departments. When you work in a full-remote setting, group chats are a great way to engage in casual conversation with people you don’t work directly with. The point isn’t to make everyone else waste time with chitty chats. Instead, the idea is to make the whole team remember you, so you can be a point of contact across departments – and use this card when it’s time to ask for a promotion.

Mail/Letter Format To Ask For A Promotion Working From Home

Get Ready For Your Promotion Pitch

Without further ado, it’s time to write your promotion pitch! Asking for a promotion feels awful. But if you find the right moment to speak with your manager and follow the right strategies, it’s going to be easier than you think. When you are a loyal and proactive team member, people have a hard time letting you go. Maybe you won’t get the promotion you want the first way around. However, you can use this trial as a training ground for the future – and eventually, get the yes for a pay raise and more responsibilities! 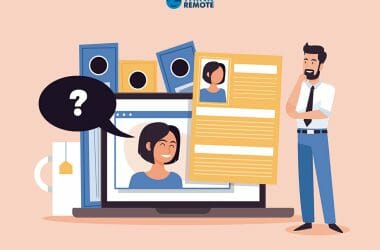 Preparing for a Remote Work Job Interview? These are 10 Impressive Questions to Ask an Interviewer

How to ask an interviewer impressive questions?  At school, you wouldn’t ever imagine yourself asking this question. Back…

About to Quit Your Remote Job? Here’s How to Do It

There comes a time when you know it´s right to move on. Whether you love your current job… 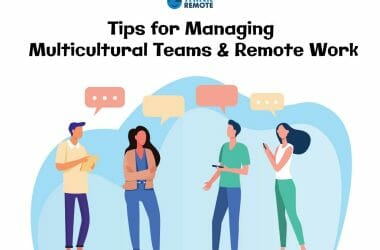