SheSpace is a dynamic female-centric co-working space in the heart of Houston. Since the opening in November, the center has reached 110 members and numerous requests for events and office spaces. As a result, the company will expand the site adding 1,500 square feet to the existing 6,000 square feet.

The female team isn’t a random choice. Since the beginning, SheSpace has aimed to be more than a meeting point for women. Architecture and design reflect women’s needs, from working mothers to influences. Indeed, according to the Office on Women’s Health, employers aren’t required to have a lactation room. As a result, most working mums struggle to find private places to breast milk after pregnancy. For this reason, SheSpace provides a lactation room, a lock for personal and portable fridges for nursing women to store breast milk.

In addition, the space is designed for female influences. 77 % of influencers are women, struggling to find space and resources to produce content. So, SheSpace provides a professional podcast recording room and an influencer nook. Finally, the space incorporates a book niche featuring all-female authors and a pop-up shop for female business owners to showcase and sell their products.

Last but not least, in April, SheSpace won the HBJ’s 2021 Landmark Awards back in April. The location is also a strategic choice. The 33 women team picked the Lower Heights District, analyzing where women are likely to frequent space to work. Initially, the female-centric co-working concept only targeted small-business owners and startups. However, after the COVIS outbreak, SheSpace also expanded to women remote workers. The idea is to provide a safe space for women to work and connect.

After the pandemic, Houston became one of the most dynamic centers for remote tech workers. The female-centric co-working space project reflects the shift in working habits after the pandemic. And, it proposes a new concept where, from architecture to networking, everything is for working women.

According to a new report, around two-thirds of global businesses (63% in Canada) have witnessed an increase in… 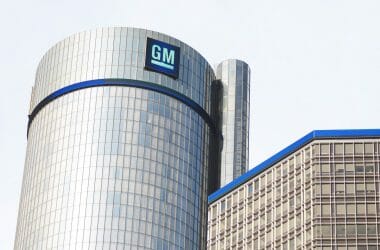 General Motors announced their remote work plans after covid-19. According to their “Work Appropriately” program, GM will allow…