Every employee in the world who does or has worked for a boss shares the same story: a boss — previously a rank-and-file worker — has been a star performer. If he was a salesperson, he single-handedly brought in a disproportionately large portion of company sales; if she was an engineer, she solved some of the most difficult problems confronting the industry; and if they were a programmer, they produced more code than anyone else on the product team. Then the organization promoted these superstars to managerial positions.

The promotion dashed the hopes Big Bosses had for the new boss to bring everyone on their team up to the same level as they had been when they were the lone star. The executives were not happy, the staff was not happy, and, perhaps surprisingly, the former star was not happy; because they are no longer the superstars of the team. Now, they are a boss who does not know how to manage people. This phenomenon is called “The Peter Principle”.

In 1969, a Canadian Professor of Education, Dr. Laurenace J Peter, and playwright Raymond Hill wrote a satirical book entitled “The Peter Principle”. It explained how it was that “people are promoted to their level of incompetence”. The book is still a huge bestseller. A Yale study in 2018 backed up the book’s premise.

Remote work complicates the corporate reward of promoting someone to a boss, because, well, remote teams respond more positively and constructively to collaborators, not bosses.

One of the most critical issues in traditional hierarchical organizations is the model of a boss overseeing subordinated workers. However, it is a poor use of time and human resources. For instance, a Robert Half survey found a fifth of American workers felt meetings requested by the boss are not well-executed in the physical workplace, to begin with. Nearly a quarter of the staff felt there was not enough work to do under such management conditions, while about a third felt the work assigned was not challenging.

It’s neither humanly possible nor productive for bosses to preside over groups of individuals through video conferencing for much longer than a couple of hours at most. Firstly, video conferencing for extended periods is extremely exhausting. It results in physical, mental, and emotional fatigue. Secondly, it stultifies any sense of creative spark a participant under surveillance may have.

Instead, remote technologies lend themselves best to the flexibility and problem-solving mode that make knowledge workers valuable. You can direct creativity, but you can’t dictate it. Instead, KPIs for staff that works remotely need to be based on the timely delivery of high quality results — presenteeism in no way contributes to that end. When teams need to get together due to a clearly articulated meeting objective, they gather of their own accord.

Well-run remote teams discuss whatever needs to be done during well-organized business meetings to meet business goals, then they adjourn. Each participant clearly knows what their deliverables are and when to deliver. And they know that the team leader is providing guidance and facilitating their progress to meet those goals.

Whether it is challenges with upper management, obtaining adequate and appropriate tools to get the job done, or even a bit of moral support, staff knows they have the lead’s support. Within the context of remote work, the team leader is more a collaborator than a boss.

Sure, the team leader as collaborator still has to make sure the team makes good on its promise to deliver; they are responsible for the team’s performance and well-being. The biggest difference between being a boss conditioned in a hierarchical context and a lead collaborator is the degree of trust and respect they have for their team members: bosses have nearly no trust for their people, while collaborators foster mutual trust within the team.

Bosses derive their power and authority from low-trust, patronizing circumstances. Lead collaborators treat team members as professionals who know what they are doing and understand they are accountable for results. The remote, collaborative environment presents a way to use the Peter Principal to mold new leaders.

The Boss becomes a Collaborator

Organizations that are considering some mix of remote- and hybrid-work can leverage the Peter Principle by establishing greater trust within and between teams, instead of elevating superstars to become incompetent bosses. Superstars who feel safe within their work environment and who do not feel their jobs or competitiveness threatened by their companies are more willing to share their knowledge and experience than in dog-eat-dog hierarchies.

They are more willing to share their networks with coworkers. Instead of becoming bosses, superstar programmers or salespeople or engineers develop into mentors, facilitators, and collaborators.

Companies must refashion their archaic hierarchies to benefit from the wisdom and experience of mature superstars. Organizations can create reward structures around activities that bring people within the organization closer together, help them be more collegial, instead of pitting them against each other and against Management.

Benefits include talented staff that will feel greater value fulfillment, better appreciated for what they have to offer and greater staff retention. Remote work can be an opportunity for organizations afflicted by the Peter Principle to make everyone in the company feel part of a winning team.

William Dodson Author
William R. Dodson is an author and keynote speaker. As a senior organizational change management advisor, he counsels companies on technology adoption solutions. He specializes in developing and troubleshooting remote international teams and hybrid organizations. His latest book is" Virtually International: How Remote Teams Can Harness the Energy, Talent, and Insights of Diverse Cultures". You can contact him at [email protected] 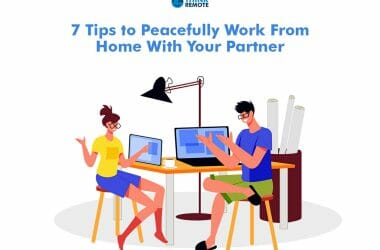 7 Tips to Peacefully Work From Home With Your Partner

Remote work has given so many people the opportunity to spend time with their families. Working professionals can… 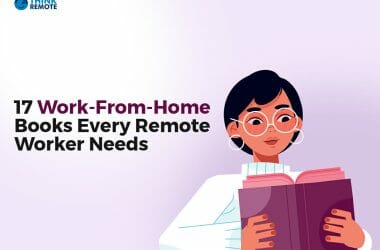 Unusual times call for some usual habits to return. Long forgotten over the years by many, reading is… 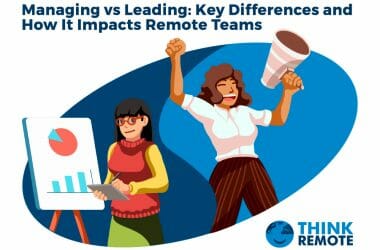 Managing vs. Leading: Key Differences and How It Impacts Remote Teams

The terms management and leadership are often used interchangeably. Still, there is a growing recognition that managing vs.…