Neiman Marcus Is Shifting To A Remote Work Strategy

Officials in Dallas have approved $5.2 million in economic incentives to keep Neiman Marcus from leaving the city — but the luxury retailer hasn’t committed yet, citing a transition to a remote-work strategy that is less dependent on a corporate headquarters.

The 114-year-old flagship shop of Neiman Marcus in historic downtown Dallas has long been a treasured institution in Dallas, and municipal authorities want it to remain so. The incentives stipulate that 35 percent of the company’s Dallas employees live in the city. Neiman must also keep a minimum of 1,100 corporate workers in Dallas, according to the agreement authorised on Wednesday.

However, Neiman Marcus, which shut two of its three New York City offices during its bankruptcy in 2020, would not commit right away, calling the offer as “an important milestone” that will require additional negotiation.

The luxury store has recently leaned into a new business strategy, pushed by the pandemic, that allows its office personnel to operate remotely – not only from Dallas, but from throughout the country.

Here’s what the chief executive of Neiman Marucs told The Post:

“We are purposefully not calling Dallas the headquarters but we will always have the majority of our employees in Dallas. From an employee standpoint there is not a corporate headquarters.”

The company’s top management, which was originally concentrated in Dallas, is now dispersed around the country, with offices in Florida, California, New York, Missouri, and North Carolina, among other places.

For the past five months, around ten of the company’s senior executives have met once a month in locations across the country, including New York, Miami, and Scottsdale, Ariz.

According to a business spokeswoman, the majority of Neiman’s corporate staff are still situated in Dallas, albeit “there has been a slight decrease since 2019.”

The corporation is moving to regional hubs, where employees can meet but not necessarily every day, according to the company. It’s been looking for new headquarters in Dallas with at least half of the area dedicated to conference rooms and lounges instead of individual desks.

The company said in a statement:

“As our process moves forward, we remain committed to continued collaboration with the City of Dallas on a final agreement that enables Neiman Marcus Group to deliver a modern workspace consistent with our integrated working philosophy and contributes to sustained economic development and job creation.”

Dallas officials have made it a condition of the economic package that Neiman Marcus move into a building dubbed Cityplace Tower, among other things. Neiman Marcus is expected to create 300 new jobs in Dallas by 2026, according to the city.

Subscribe to Think Remote for the latest news, tips and stories form the remote work world. 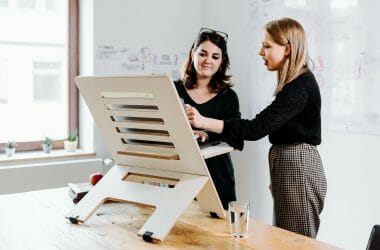 Grant for Co-working in Rocky Mount

Franklin County is applying for a grant for co-working in downtown Rocky Mount. Following the trend of co-working expansion,… 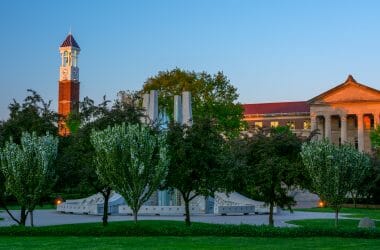 West Lafayette is Offering a Stipend for Remote Workers

West Lafayette, Indiana, is offering a stipend to those who move to the city. The initiative is part… 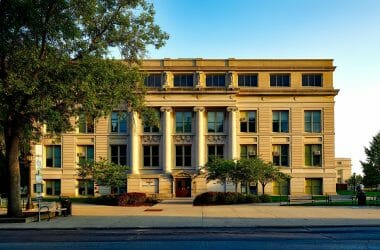