Never Forget About People: Looking At Ukrainian Attack Through My Ukrainian Colleagues Eyes

PS. In Kyiv, mothers write their kids’ blood types on their jackets. This image, by the Italian illustrator Antonio Federico, is stronger than any words we could find – mum, what do we have to do with all of this?

Interview with Alex and Julia, my Ukrainian colleagues

Yesterday morning, February 24, I started my day as I usually do. After the first coffee, I switched on my laptop, internally complaining about the tasks I left behind. Meantime, I get distracted from a conversation on Whatsapp. In one of these groups, people start debating about the Russian attack in Ukraine. Then, news from the radio, videos on the television.

And looking out the window, I suddenly realize: some of my colleagues woke up to a war. The world outside their windows isn’t going to be the same ever again. The sound of bombs will keep echoing in their mind when they try to sleep. The image their city destroyed is not going ever to leave their memories.

Rome (where I am based) and Kiyv are just 1675 Km (1041 Miles) distant. It takes a day to drive there. Yet, my days will carry on as usual, while my colleagues can barely access the Internet to communicate.

This interview with my Ukrainian colleagues, Julia and Alex, is a way to show the situation through their eyes, without falling into useless political debates. Often media ‘forget’ about people and focus on talking about power dynamics. Yet, the burden of carrying the memories of what happened is always on people.

Thank you, Alex and Julia, for sharing your impressions in this terrifying situation, showing once again the strengths of your people. This is a small gesture to spread your voice, support you in any way we can, and never forget what is happening to you and your beautiful country.

Here is the interview with Julia and Alex, the night following the bombs.

1. How would you explain the situation to those who are outside Ukraine?

Julia: I would want the things we share with the international audience to not be sugar-coated, first of all. It is a war! Russia invaded Ukraine! It is not a “conflict”, “worrying situation”, “crisis”, or “demilitarization”. It is a full fledged war! Why so specific, you may ask? This war in Ukraine has been going on for the past 8 years, yet it hasn’t been recognized as an actual war by most countries, meaning we were not getting the support we needed so much.

Alex: As far as I understand, the War began 8 years ago, but they fought (held the borders) only on the territory of 2 regions. We live far away from Lugansk, Donetsk so it seemed a single rocket would not reach us. We stopped paying attention to the “not our” war.

Now we get news from television and the Internet, sometimes they are contradictory. The only true news are those taken on a mobile phone, I think so. Today everything is calm, but not everything is so good. Russian troops occupied cities in the Kherson region, Sumy. Events changes every hour. It is impossible to predict anything. People shared via Youtube video demonstrated Russian helicopters and tanks on the vicinity of Kyiv.

2. Where are you located and what´s the situation over there?

Alex: My family lives 100 kilometers from Kyiv to the south in the town of Boguslav. Many people have received summons and are waiting in line for recruitment, they once served in the army and know how to handle weapons. I only shot with a bow, so I am not a defender. But if there is no other way out, I will go to defend the country. Thank God, the worst thing we had was ammunition depots burning and rockets flying.

Julia: I’m with my parents and family in a region closed to Western Ukraine.

It’s 3:35 in the morning and relatively calm for now. I’m saying “for now” because there are still a few regions in Ukraine that were less affected by the Russian attacks during the first day of the invasion. The largest military airbase in the city of Starokonstantyniv (within ~75km from my place) was hit by a missile this morning (around 7am) but it is expected more attacks will follow on Khmelnytskyi, Ternopil, Chernivtsi region during the following days.

3. How are people responding to the situation?

Julia: Ukrainians are strong! Open any book on Ukrainian history and you’ll be truly surprised by the number of devastating events Ukrainians managed to withstand and repel as a nation throughout its history. Russia attacked simultaneously on several fronts today but the Ukraine Army was ready to respond accordingly.

Don’t get me wrong, we do realize that we are at a slight disadvantage in terms of armed forces but there’s a drastic difference between the intelligent, brave, and proud people with dignity defending their families and country and the terrorized and supressed souls sentenced to death having no hope and voice. I saw some pictures of the Russian soldiers captured by our forces. Look in their eyes. I see nothing there. Emptiness. They are kids, for God’s sake! If you had a chance to ask any of the Russians attacking us today for their reasoning, most would not be able to respond. They have no ideology in their actions. Their dictator does, them – not really. Most of these people have no idea what they were sent to fight for.

We, on the other hand, remain calm, or at least we try to. The support Ukrainians offer to each other these days is incredible. We will not tolerate crazy lunatics tearing our country apart!

4. How do you ‘hope’ the rest of the world will react to these events?

Alex: Some countries help with weapons, but do not send their soldiers, that’s good. We hope that some kind of sanctions will be imposed on Russian will harm the government, but not ordinary people from Russia, as we have seen demonstrations of ordinary Russians against the war with Ukraine. We have many relatives living in Russia and they worry about us.

Julia: Well, how about killing the lunatic? Jokes aside, I ‘hope’ that all democratic nations unite in the name of human rights and freedom, love and respect, and the sovereignty of the country that stands as a shield between the aggressor and the rest of the world! I ‘hope’ our neighbors and the world will be brave enough to take actions and dethrone the ruler with the despotic mindset.

Wider sanctions that would exclude Russia from the global economic arena should be imposed, too! Ban Russia from SWIFT! Close the sky! Send Nato to Ukraine!

5. Is there anything we can do from here to support people in Ukraine?

Julia: The best thing to do right now is to contribute financially. “Save life” is a charitable foundation that helps our army in many different ways, such as providing military equipment and conducting training. You can find more details on their site: ​https://savelife.in.ua/en/donate/

There’s also an option to subscribe to their Patreon.

Now, while trying to stay positive, civilians in Ukraine are struggling. Mental health is everything! If you have colleagues, friends, or family here, do whatever it takes to support them, even though you’re separated by distance. Every word matters!

Alex: Nobody can help us. And I do not want to watch photos of my relatives in a bomb shelter anymore.

Alex: Peace to you and your home.

Julia: As much as we’d love the dictator to run out of his sick plans and stop with Ukraine, there’s, unfortunately, a huge chance he’d keep moving west. Europeans, wake up! At this point, our forces are doing the impossible to not only save our beautiful country but to also make sure the path to Europe is blocked for the Russians. Spread the word! Surprisingly, there are still people around the globe not realizing the size of this disaster.

I know it doesn’t sound real and the news looks like a different reality but on February, 23, when I texted goodnight to my parents and we all went to sleep, no one was expecting this to happen either. I was expecting to wake up in the morning, brew myself a cup of coffee and start the day as usual but here we’re, still processing what has happened. Please speak up! We need your help! 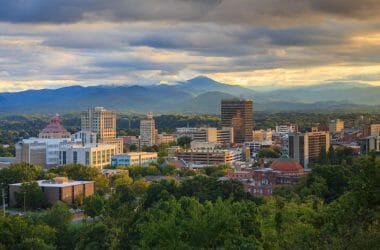 Since a few years, Asheville has been one of the fastest-growing US tech hubs. After the pandemic, the… 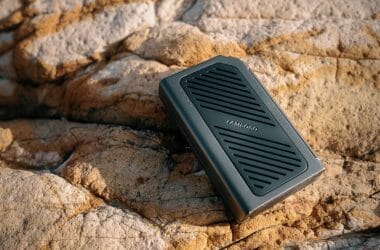